"Hi! This is the home of the Unreal Development Database! We’re just getting started but intend to grow into one of the most complete Unreal Engine development resources out there. And you can help! Sign up to get your projects, dev tools, tutorials and more in our listing and gain instant visibility!"

As seen on the UnrealDB.com website, a site attempting to list every game ever developed on the Unreal Engine. While that sounds sort of not worth the trouble, well it isn't but the site does much more than that which is actually the really interesting part of the site, the site providers developers another way to get traffic through discovery, such as for Assets, Tutorials, and Tools.

I certainly have submitted my projects such as Forms and UE Explorer to the tools category!

In this article I will be explaining the structure of Tables used in Unreal package files such as .upk, and .u files. The structures explained here are only for the Unreal Engine 3. You can also read the previous article.

In this article I will be explaining the data structures used in Unreal package files such as .upk, and .u files. The structures explained here are only for the Unreal Engine 3. Data Structures are a little different in Unreal Engine 2, and 1.

Image Resizer/Scaler an add-on for Mozilla's FireFox web browser has just been updated to version 1.2, the new version improves and fixes several things but most importantly swaps the dragging method from (LMB)Left Mouse Button to the (RMB)Right Mouse Button, this means you'll run into much less dragging conflicts.

A demonstration of Image Resizer/Scaler:

As some may have heard lately from Wormbo on UTZone and other forums, UTCOMP has an exploit which came from bad design which provides hackers to create Admin accounts for themselves and see all other Admin accounts, passwords and names. Even possible FTP access(Make sure you have different passwords for each). 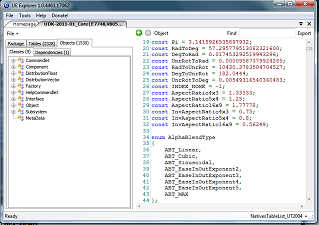 Good news everyone, the moment many of you have been waiting for has finally come!

The high anticipated software UE Explorer has been put out!

UE Explorer is a UnrealScript decompiler for Unreal Engine 1, 2 and 3. Supporting all Epic Games for the PC such as Unreal, UT, UT2004, UT3 and the Unreal Development Kit(UDK).

You may download UE Explorer from here but beware! Use UE Explorer only for learning purposes, UE Explorer is not designed for copying or recompiling other people's work, always ask for permission from the owner!

3 new skins have been added to the BestTimes in-game items store, where players are free to buy items using currency points which is earned by leveling up or accomplishing achievements!

The Grade D skin. Your original skin is now wired and shaded with a blue pulse:

UE Explorer is a UnrealScript decompiler for Unreal Engine 1, 2 and 3. Supporting all Epic Games for the PC such as Unreal, UT, UT2004, UT3 and the Unreal Development Kit(UDK). And is about to be released by the end of this month! 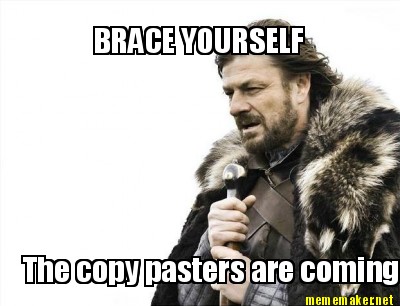 A new version has been created and uploaded to the Elite Trials Records server on Unreal Tournament 2004 of MutBestTimes.

The new update consists of several new features, slight improvements to the HUD and several fixes.

So I stumbled upon this very funny and very true video titled "If Quake was done today" which is a parody of modern FPS(First Person Shooter) games.
This video immedialy starts with parodying the endless amount of intro cinematics which you can't skip by hitting escape anymore.

For anyone that is interested in my legacy level creations, lucky you, I have now just updated the Levels category by adding RTR-ShieldGunTech info and the "Tech Challenges" series map pack.

The info consists of date, reason and goals of those levels.

So today I've spent hours optimizing the site, as you can, now there are page links at the bottom of this page, this will improve the search engine results as well making the site easier to navigate,
what else I've done is learning Search Engine Optimizations aka SEO hence the article's title,
so I read some things about on here 18 things you need to know about seo at Bing, very great read I recommend checking it out if you are willing to improve your website for search engines!

Hey fellow readers, welcome to my personal site/blog/portfolio or whatever you'd call it. On this site I'll blog about my latest work, list my projects, discuss with you'll on the forums about UE Explorer!